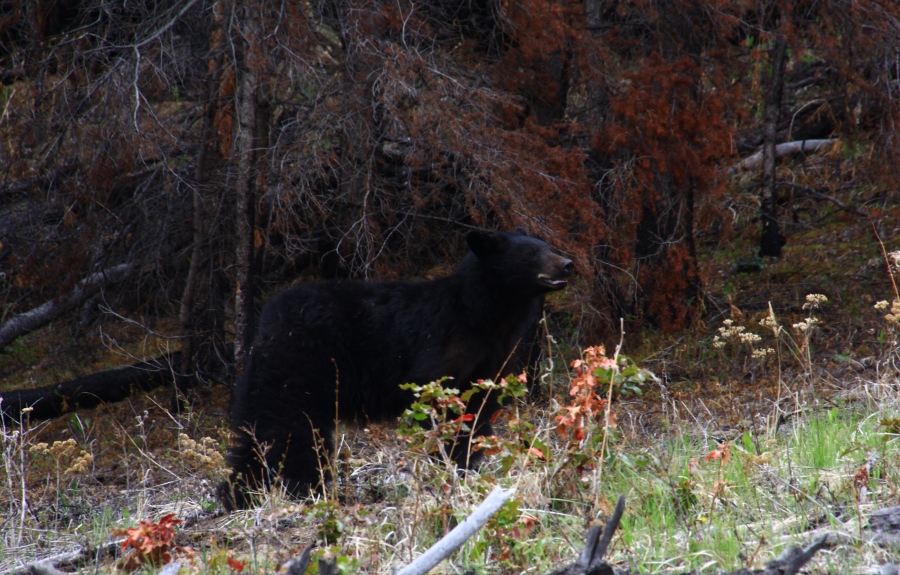 Spot and stalk black bears on the open alpine meadows during our expedition camp-based black bear hunts. Ride through the wilderness on horseback, following black bears as they move up the mountains.

Spot and stalk black bears by vehicle and foot during our Traditional Lodge-based Black Bear Hunts. Spot these apex predators as they congregate in the valleys, feasting on the first green grass. In the fall, we have had great success spotting bears as they fatten up on berry patches, storing up for winter hibernation. This hunt gives you the rare opportunity to take home two black bear trophies, making this a 200% opportunity hunt.

$200 from every hunt goes towards

conservation initiatives in the Chilcotin Ark

The black bear in British Columbia comes in many colours. Not just black, it can also be cinnamon, red, blue (glacier bears), blond or white (the Kermode bear). Black bears are not always a solid colour and can be a mixture of colours from black to blond. In our territory we have bears of all colour phases except white and blue.
Black bears are generally smaller than grizzlies, but there is some overlap in size.

The weight of a black bear in BC varies from 200 to 600 lbs with sows being smaller than boars. The average black bear is 6 ft tall when standing up. The hides of black bears harvested in our hunt territory are 6-7ft square. When on all fours, they are 3 to 3 1/2 feet at the shoulder.

Black bears have few predators. A wolf will occasionally kill a black bear. A large black bear or grizzly may kill a smaller one. Their greatest predator is the human hunter. Humans harvest 25,000 to 30,000 bears annually, an important part of predator management.

BC black bears have longer claws on all five toes of their front paws than their back feet. A black bear's smallest toe is further back than the other toes so does not always show up in the track. This has led to mistaking black bear tracks for cougar tracks which only have four visible toes. Palm pads are visible in the tracks, sometimes also ball or heel pads.

In BC, black bear and grizzly tracks can be hard to distinguish. Grizzly tracks aren't always larger than black bears, but grizzly toes all run in a straight line. If you were to draw a line above the palm pad on a grizzly, all the toes will be above the line. If you were to do the same thing with a black bear, some of the toes would cross the line. A black bear's claws are no longer than 2 1/2 inches and shorter than a grizzly's so appear closer to the toe prints in their tracks.

A black bear's neck is short and solid. They have a long straight nose. The larger the black bear, the less prominent the ears are. Black bears don't have a distinctive shoulder hump like grizzly bears do.

Hibernation is the bear's solution to survival. Depending on location, black bears can sleep for as much as six months of the year, going into hibernation in November in colder regions, such as in British Columbia. In temperate regions such as Vancouver Island, bears might not hibernate at all. While hibernating, bears don't eat, drink or defecate. While grizzly bears make elaborate dens, black bears prefer something more simple, a rock crevice, overhanging cover, brush piles and uprooted trees, digging a little to make the area more suitable. They may even reuse summer bedding sites for their dens. A black bear's heart rate will drop from 40bpm to just 10. Oxygen intake reduces by 1/2 and metabolism is greatly reduced, but body temperature will only drop by a few degrees. This means a black bear can rouse quickly in response to danger, and must be treated with caution if you come across one.

Black bear sows breed every two years. They give birth in January or February during hibernation to one to four cubs, each about 8” long. In the spring, sows will have lost 20-30% of their fat from before hibernation. Cubs will stay with their mothers for a year and in their second summer she will chase them off. She will breed again this year, ready to begin the cycle again.

Black bears mark trees with bite marks from the ground up to 6 ft. Preferred trees are yellow birch, hemlock, spruce and balsam fir. Black bears may also break small trees or climb trees and bite higher up. Black bears rub on trees, leaving hair behind, this is especially common during the mating season to act as a scent marker. Marking trees indicate areas of high bear activity – the same tree is used multiple times, sometimes by generations of black bears.

Black bear is still present in much of its traditional range, inhabiting forests, berry patches and living close to creeks all the way from the Arctic to Mexico. A lot of factors, including the age of the bear, geographical location, habitat and the availability of food, black bear boars' range can be anywhere from 5 to 225 square miles. Black bear sows' range is usually considerably less, by as much as 3- 8 times.

Black bears eat an omnivorous diet, the composition of which varies throughout the year. They will eat vegetable matter, grass, flowers, fruit (particularly berries), larva, fish and carrion. In the spring, in BC black bears are focused on deer fawns, moose calves, elk calves and cariboo calves. While grizzly bears are usually thought of as digging more, black bears will also dig for small animals and insects, including larva and grubs. Black bears will also eat garbage if given the opportunity. Black bears will climb trees for food, but also to escape grizzly bears or other threats.

There are estimated at close to a million black bears in North America. Their populations are increasing and so are humans which increases the risk of human-bear conflict. Often it is young bears that become “garbage bears”, as they leave their mothers and have to find their own territory. This leads to increased incidences of bears entering areas of human habitation. This is something that can be controlled through the use of bear bins, packing out garbage and ensuring garbage is stored properly in rural towns and communities to ensure bears don't become “garbage bears”. 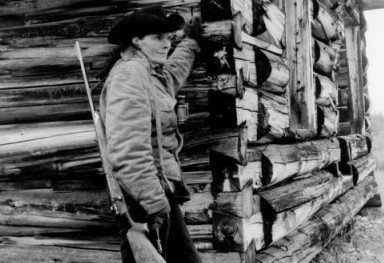 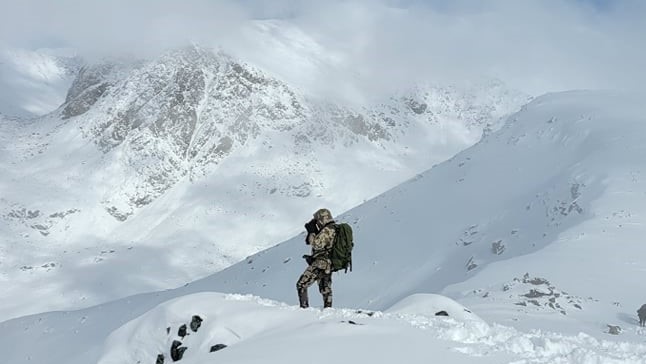 Larry is a 66 year old hunter from Texas. He has been hunting for years in the most adventurous places including Alaska, the Yukon, and Africa. Larry came hunting for California Bighorn sheep and mountain goat with BCTMO Conservation Club Larry is the perfect example of a 6th stage hunter, and ...
Read More 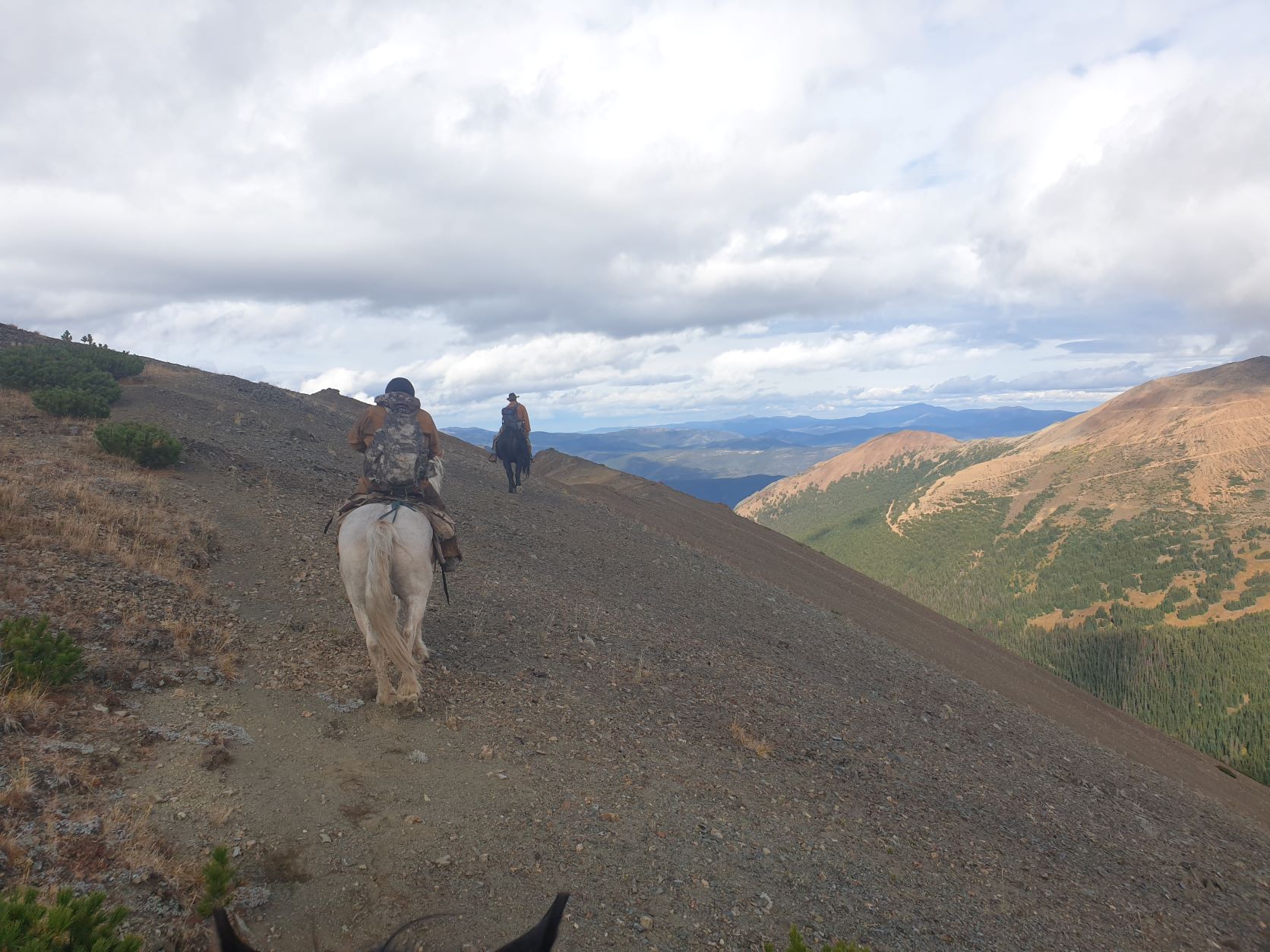 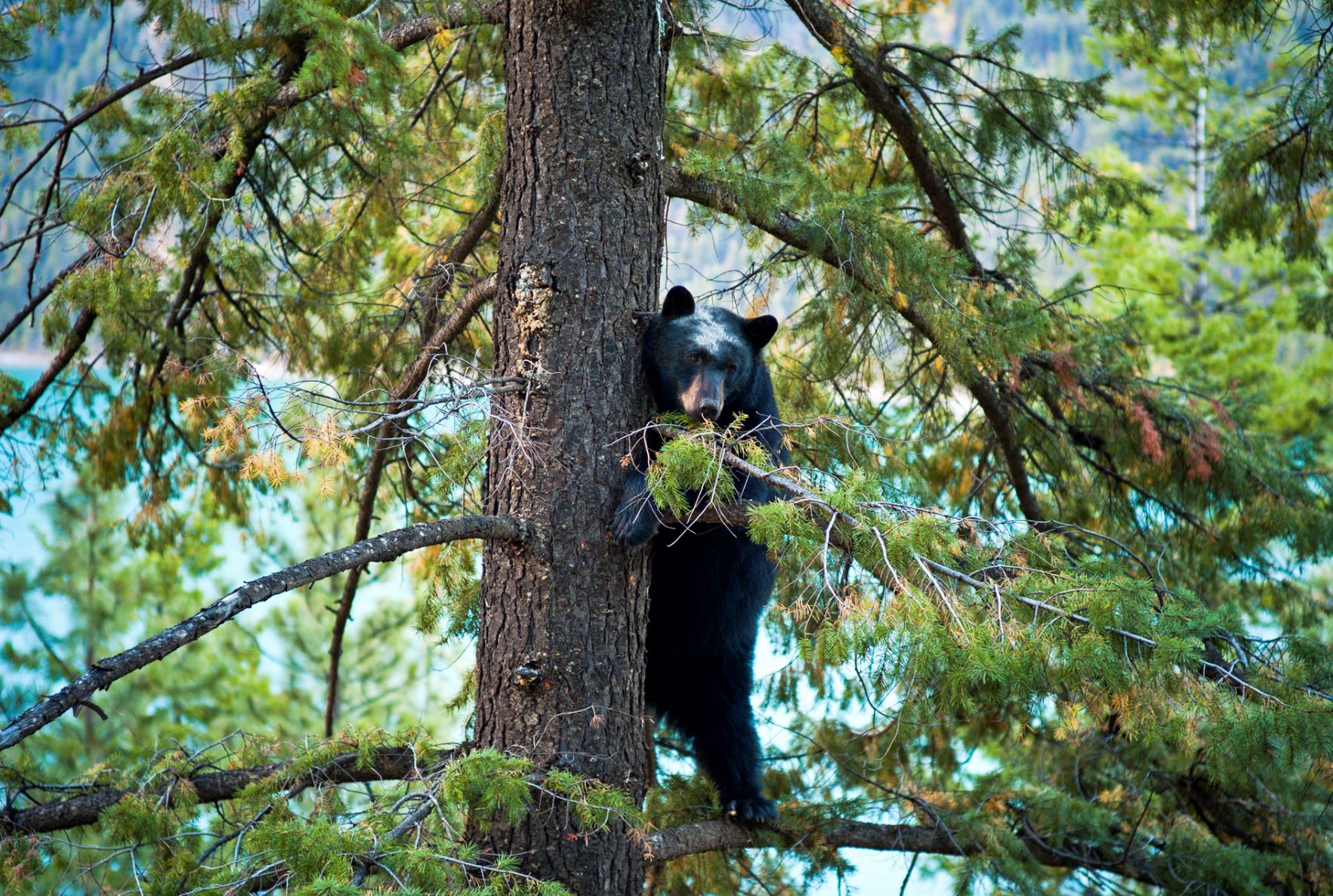 Down to my Last Round

Due to technical issues while sighting in the rifle I suddenly had only 6 rounds from 20 left. “That`s enough” said Todd our first class guide, dryly. Then, on the 4th hunting day, it became “serious”. Todd scouted a black bear which we had to stalk due to bad wind ...
Read More